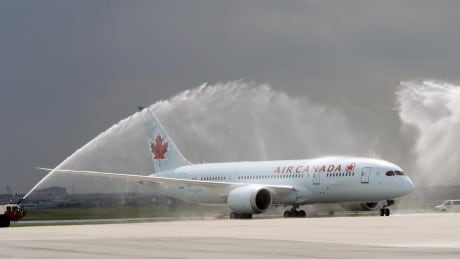 Air Canada is the flag carrier and largest airline of Canada. The airline, founded in 1937, provides scheduled and charter air transport for passengers and cargo to 178 destinations worldwide.

The new route will be operated thrice-weekly using Air Canada’s most modern aircraft, the 787-9.

“Air Canada is very proud today to commence service to Dubai from our Toronto global hub at a time of increased travel between North America and the region. By extending our reach with our new non-stop service to Dubai, we are providing customers more convenient options for traveling to the Middle East using the newest, most modern aircraft in our fleet,” said Benjamin Smith, President, Passenger Airlines at Air Canada.

He added: “Today’s inaugural also underscores Air Canada’s commitment to its international expansion strategy, with its focus on transforming its Toronto Pearson hub into a convenient global connecting point for travel throughout the airline’s extensive and expanding international, trans-border and domestic networks.”

As a result of its ongoing expansion, Air Canada provides scheduled passenger service directly to 63 airports in Canada, 52 in the US and 86 in Europe, the Middle East, Africa, Asia, Australia, the Caribbean, Mexico, Central America and South America.

“The Maple Leaf has launched and we are very pleased to welcome Air Canada to Dubai. This new service operating thrice-weekly between Toronto and Dubai will offer greater choice and added convenience to our customers. It is sure to strengthen our network, grow traffic and increase trade and tourism between Canada and the UAE,” said Paul Griffiths, CEO Dubai Airports.